We shot this film, originally a custom video, in December 2015.

When the customer commissioned it, it was legal for a UK producer to supply it to UK customers.

By the time it was edited, that was no longer the case, due to CRAZY new regulations attempting to censor the internet.

We are so annoyed about this that we, with the support of the customer who originally commissioned it, offered to contribute this video to the cause. We promised that we would release it for free if the fund-raiser passed its stretch goals. It did. So here is the full glory of Ariel Anderssen/Amelia Jane Rutherford's judicial caning video for you to enjoy.

As we've decided to release this for free, unlike our regular videos we'd really like to encourage you to share this film as widely as possible. There is a link here to download the normal-sized MP4 version.

For members, we have uploaded a 1080p full HD version as well. We can't afford the bandwidth charges to host this for free download, but we'd be absolutely delighted if members could upload to their Fetlife/ Vimeo/Dropbox/whatever and spread the full HD version around as much as possible, too! 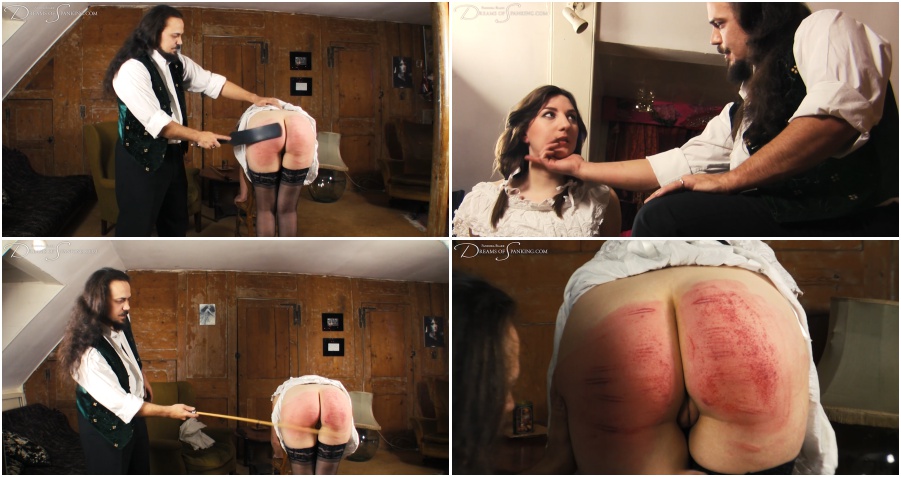